This page will go through the various reasons why some antivirus software & scanners on websites might alert you that AssistantComputerControl is not safe.

Yes. This article is going to explain why, but being alert is always good, and you should of course trust your gut - if you're not comfortable with using the software, no one is forcing you to use it.

AssistantComputerControl is a piece of open source software where all the code is available at GitHub. This means all the code can be seen and copied by everyone. This does not mean that everyone can modify it though. Modifications that aren't done by the developer (Albert) have to be looked through, tested and approved. There is no way anyone could hide a virus in this software.

The software is only distributed through the website (https://assistantcomputercontrol.com/) and the "Releases" tab in the GitHub project, and downloading it from anywhere else could potentially be unsafe - but at the releases tab and website, you're sure it's published by the developer himself.

Seeing the software is open source, if you have the coding knowledge you can always download the project and build it yourself - the published installer is just there for the convenience of all the regular users just looking for a quick setup.

In the end it all comes down to whether you trust the developer or not (if you don't have the coding knowledge to look through the project and come to a conclusion from that). Always be alert of the possibility of virus, but the legitimacy doubt should go both ways; to the software, and the party claiming the unsafety. 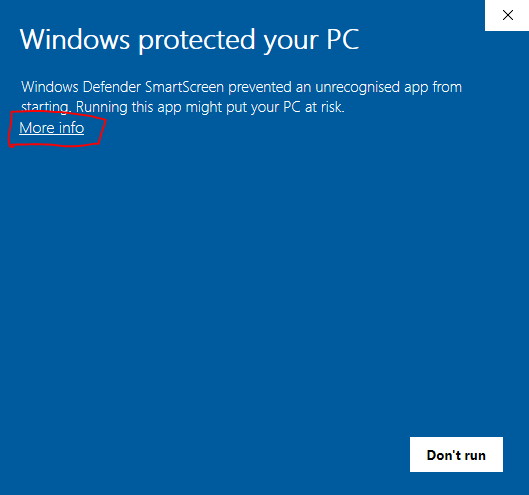 To run the installer anyways, all you have to do is press the "More info" text, and it will show a button you can press, saying "Run anyway". You can read more about Windows SmartScreen here, and especially the "What about open-source developers?" section is useful. This alert will keep showing for AssistantComputerControl, as it's quite expensive to get a certificiate that would make Windows trust the software. As an open source project where donations and advertisements barely even cover the expenses of the domain & web-hosting, the software doesn't currently have the kind of money required.

Virus & malware scanners on the internet like "VirusTotal" can sometimes result in false positives as well. This has been brough up by users of AssistantComputerControl for quite some time (this issue being one of the first reports). Services like these rely on a lot of different antivirus engines - some better than others. Some engines like "Jiangmin" antivirus is known for being old and quite bad - often resulting in false positives. So take what these sites detect with a grain of salt; especially if 64 out of 65 engines say the software is good. Research the engine claiming the security vulnerability to see whether the claim actually sticks.

It's good to be vigilant, but it goes both ways; question the software, question the part screaming "VIRUS!!".

Updated over 2 years ago

Did this page help you?